Anyone who knows Rick knows that his gifts to our breed and the sport of dogs are many and varied. Rick is a giver, he gives of his time, his money, and most importantly his knowledge of birddogs to anyone and everyone who needs it. Under his leadership the vision that the Cartmells and the Webb’s had for the future of the BFTHF has flourished.

Rick drove a horse drawn dog wagon for his father (Delmar Smith) (handler/trainer of 5 Brittany Field Trial Hall of Fame members Towsey, Way Kan Jill, Holiday Britt’s Bazooka, Holiday Britt, and Bazooka Brandy) who was training dogs in Canada in the summer of 1957, the wood wheel dog wagon belonged to Rick’s grandfather B.F. (Dutch) Epperson who also was a dog trainer. He trained and handled such dogs as Field Trial Hall of Fame member Spunky Creek Boy and National Amateur Champion Spunky Creek Coin in the 1930s. Since Rick’s father was a professional trainer and Rick was working for him making $1.00 a week, he was considered a professional trainer at 10 years of age. Rick started professional training/field trialing for the public in the fall of 1969.

Rick has written articles about Bird Dog Training for Pointing Dog Journal since 2001 and has conducted Bird Dog Training Seminars at the Bird Dog Foundation for the benefit of the Endowment Fund since 1996 generating over $48,000.00.

The first litter of Brittanys Rick raised was in 1971, the most notable dog he whelped was National Champion Hi-Proof Rum Runner. He is a member of Brittany Field Trial Hall of Fame. Rick still (1971 to 2013) raises and sells Brittanys to the public after 42 years. Rick was the breeder of the "Sire" of 2012 ABC Hall of Fame member Nolan's Last Bullet.

Bird Dog Training Seminars:
Rick first started helping his father Delmar Smith conduct the Smith Bird Dog Training Seminar in 1970, then took them on full time in 1996 (over 240 seminar presented since 1996) to the present time. Rick has conducted seminars from Maine to California, Alaska, Canada, S. Texas, New Zealand and Australia. Several people, men and women, that attended have won many championship titles, master hunters, field champions, or to train and own the best hunting dog they have ever had.

Rick has been on the Purina Pro Staff team since 1997, and has worked with the development of electric dog training collars with three different companies. He is currently with Tri-Tronic Garmin’s pro staff. 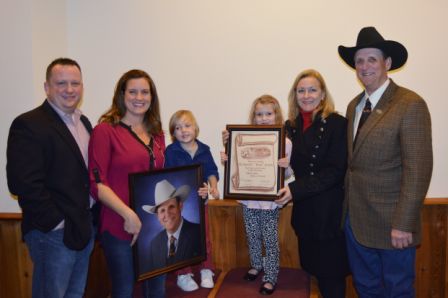