Shady’s Tia Maria was one of those “once in a lifetime dogs” that everyone dreams of owning. Clem and Marilynne Little consider themselves blessed to have had the opportunity to run and play with her during her short life. She began her career in the Northwest and was ultimately campaigned all over the United States on all kinds of terrain and game in 17 states.
Tia set her own standard by completing her field championship at 18 months of age, winning the 2002 Western All Age Futurity at 19 months, winning her first ABC Chukar Classic/Championship at 21 months of age, and becoming the youngest Dual Champion on record in American Brittany Club history at 23 months of age. As her notoriety grew, so did her gallery, many wanting to see her classic point with head held high on wild or liberated birds. No matter who was handling (Pros Dave Walker, Jimmy Berneathy or her amateur owners), she always gave the impression that she was handling on a string between “10:00 – 2:00” whether it was running in the wide open spaces on the West Coast, the prairies of the Midwest, or the tight tree lines in the East.
After being named Runner-Up Champion in the 2004 ABC National Amateur All Age Championship, her crowning accomplishments were winning the 2006 ABC National Open All Age Championship and earning the prestigious Purina Dog of the Year Award in 2007. Tia has the distinct honor of being the third female Brittany in 29 years to earn this male dominated award. She was also awarded the 2004 & 2006 ABC Christy Feather Duster Award and placed 3rd in the 2008 ABC National Amateur All Age Championship. In 2008 she was awarded the prestigious Ruby Trimble Award at the Greater St. Louis BC trial and was inducted into the American Brittany Club Hall of Fame in 2014.
She was an 8x American Field Champion with 26 Hour wins, 16 of which were first place wins, 16 of the hours were Championships. She had an extraordinary percentage of finishing in first place. She placed first in a phenomenal 54 of her 105 AKC field placements!
Tia set several records during her career by winning the ABC Chukar Classic/Championship 3 times, winning the Western All Age Championship 2 times and becoming the youngest Dual Champion on record to date in American Brittany Club history. Tia’s career was cut short when tragedy struck this great athlete in mid 2009 in the form of IMR (Immune Mediated Retinitis), a branch of SARDs (Sudden Acquired Retinal Deterioration) taking her sight in both eyes virtually overnight. She learned to live completely blind, understanding a vocabulary of 15+ words in a limited controlled environment for the last year of her life.
During her lifetime, Tia’s owners kept her so busy working on her career, she was only bred once producing 8 puppies at the age of 3. Her first, second and third generation progeny have accumulated a total of 34 hour wins, 391 field placements, 9 FC and 5 AFC. 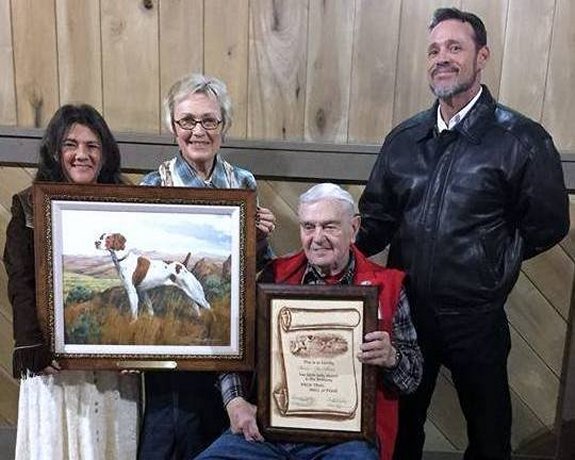 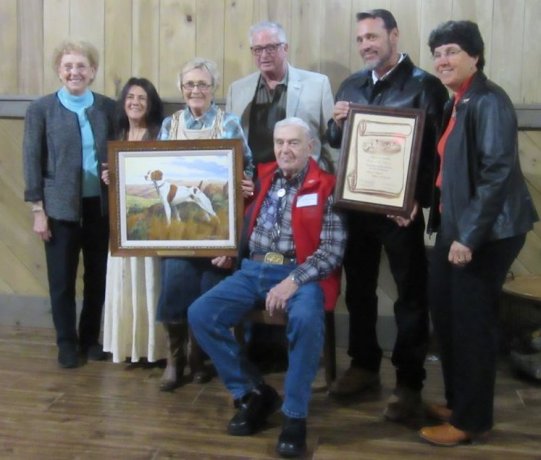