Tom White and Margaret Horstmeyer, DVM are quintessential ambassadors for the Brittany breed. Through the years they have not only supported, but have driven and personified the American Brittany Club mission to maintain a dual dog. The attached records, truncated in content, are highlights to a possibly unparalleled commitment and record that produced the following: A National Champion, two Runner-Up National Championships, A National Amateur Field Champion three Runner-up National Amateur Field Championships, and six other combined national placements. They handled and supported an unprecedented 7 National Dual Dog Award winners, owned and handled 9 individual Dual Champions and one FC/AFC.

Collectively Tom and Margaret have served the National Club in numerous capacities. Since 1999, they have been fixtures at the National Championship. Tom served as First Vice President and National Field Championship Chair from 2007 to 2013. During this time Margaret had donated her time as a Dr. of Veterinary Medicine gratis to those in attendance. Margaret continues to serve as chair and an active member of the Health Aspects and Genetic defect committee since 2011, and as the official OFA contact. At a local and Regional level they have been tireless contributors and members to numerous western clubs. Margaret served as secretary and treasurer of the very large California Brittany Club for many years. They currently serve as very active members in the Idaho Brittany Club.

Tom has judged more than 120 field trials, including the AKC Gun Dog Pointing Breed National Championship and the Gordon Setter Club of America National Championship. On a personal note, Tom and Margaret are directly responsible for my participation at the National level. They volunteered to transport and care for my dog in 2011 making my first trip to Booneville possible. A new face at a trial can always expect a warm welcome and extended offers of help and seemingly endless patience in listening to questions followed by a kind and supportive answer.

They have been a highly competitive handler/scout team with more than 750 AKC placements and counting, who committed extensive time and financial resources to present dual champions. They have given back extensively to the club in both official and unofficial capacities. 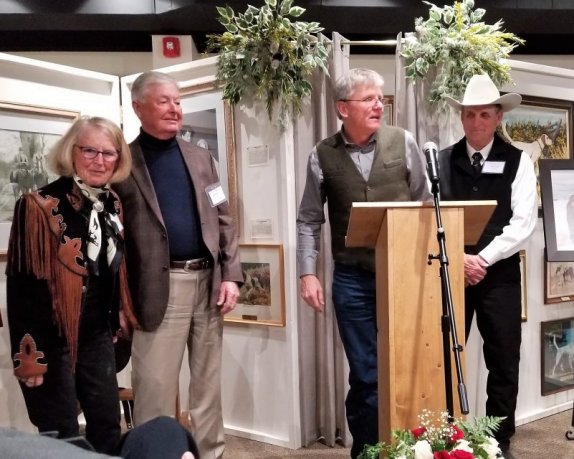 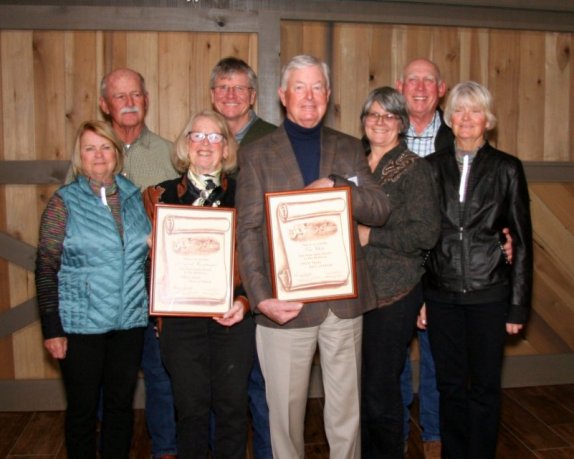